Michelin Stars & Stripes for Fabio Trabocchi in the Nation's Capital

The year is 2016. El Chapo has finally been re-captured, Samsung phones are spontaneously combusting on airplanes and on October 12th Washington, D.C. (DC) would receive its own version of the Michelin Guide. When a city gets its own guide it puts them on the who's who of the culinary world map. It isn't to say that these restaurants weren't excellent and stood out in their category before, but having Michelin recognition garners incomparable world wide attention. Almost overnight these restaurants become exponentially more desirable to dine at for tourists and locals alike. Without exaggeration, the descriptions for two and three Michelin star restaurants, according to the guide, are "Excellent cooking, worth a detour!" and "Exceptional cuisine, worth a special journey!" respectively.  I too am guilty, heading almost immediately to ViaMichelin.com when visiting a new city and returning somewhere familiar. The last time I was in DC the city didn't have a guide and so it was entertaining reminiscing about some restaurants I Dined There at which are now mentioned, like Fiola Mare below and Zaytinya. DC currently has 126 rated restaurants and Italian Chef Fabio Trabocchi & wife Maria hold some Michelin real estate having three: Fiola, Fiola Mare and Del Mar, not to mention other local venues and restaurants in Miami and Venice, Italy. First stop is Fiola Italian restaurant and bar, no passport required.


Just North of DC's National Mall, midway between the White House and the United States Capital building, you'll find Fiola, Chef Trabocchi's flagship restaurant. Perhaps less recognizable than those government buildings, but to DC foodies Fiola is the Italian embassy, being the oldest of only two Italian restaurants to hold one Michelin star. Opened since 2011, the elegant restaurant has several multi-use spaces which come together harmoniously for dinner service when not being rented out by the DC power crowd. The team at Fiola stay rooted in Italian culture not only through their tasting and wine menus, but furthermore through monthly events. Dinner themes include truffle season, game meats in different regions of Italy and devoted wine nights, landing them Wine Spectator's 2019 Grand award and a spot on Wine Enthusiasts hall of fame. The cuisine is Italian, of course, grounded in tradition from the mother country, yet contemporary in presentation. "Each dish blends passion for the season with rich nostalgia and unexpected delights."¹ When the Trabocchi's are not hosting or building their empire they are giving back to their community and the world being very much involved in several philanthropic causes, both locally & internationally and culinary & humanitarian. Put the duo's culinary expertise and pure hospitality to the test below.
¹Source: Fiola DC 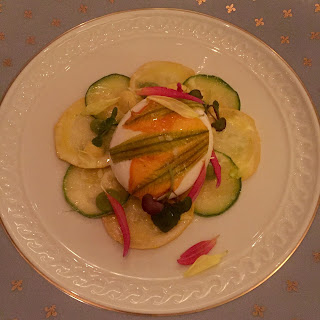 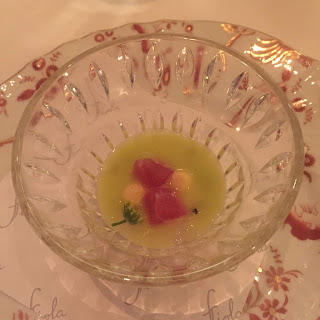 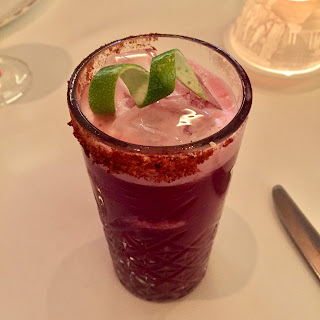 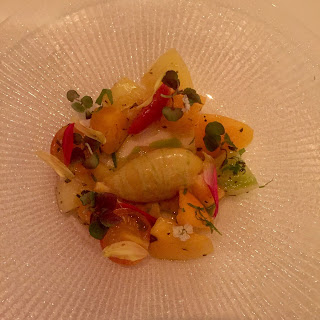 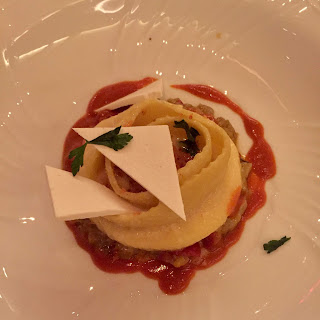 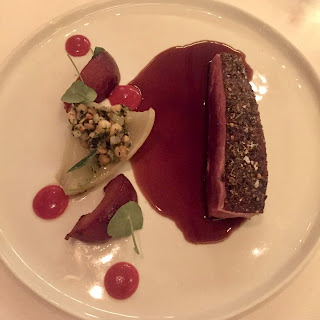 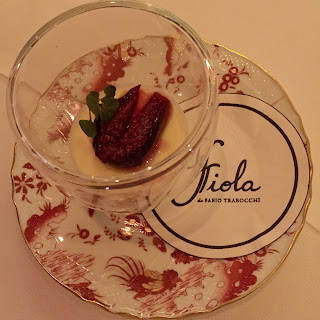 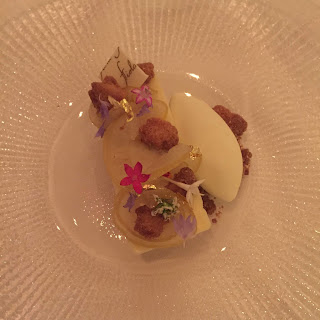 Since you've heard all about the Trabocchi's, let's dive into Fiola Mare (FM). The restaurant is after all on the bank of the Potomac River, but I didn't mean that literally, of course. A few minutes walk from Georgetown's M Street, my favorite DC neighborhood, FM's outdoor terrace is a graceful spot for a serene lunch that boasts perhaps the best river views that the city has to offer. Inside, teak-like table tops, striped upholstery and dock cleats compliment the location's nautical theme. Mare, meaning sea, FM specializes in Italian coastal cuisine including pastas and other varieties of seafood from around the world, changing regularly based on seasonality. Part of the Fabio Trabocchi empire, FM is recognized with a Michelin plate in the guide (see explanation of the Micheline plate here). Despite the restaurant's Mediterranean seafood leaning menu, I ironically managed to escape enjoying any. The eggplant appetizer how ever was highly recommended as a standout dish and it did not disappoint, as well at the scarpetta (bread-dipping) worthy broth of the rabbit cavatelli. 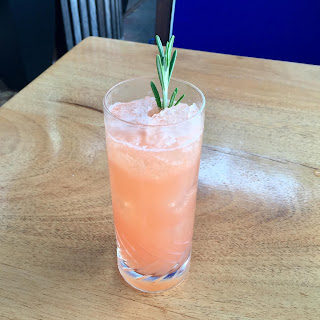 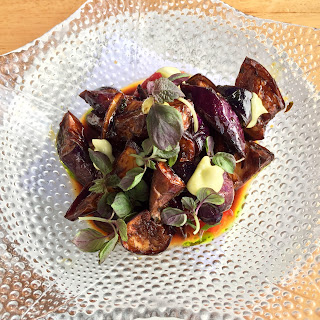 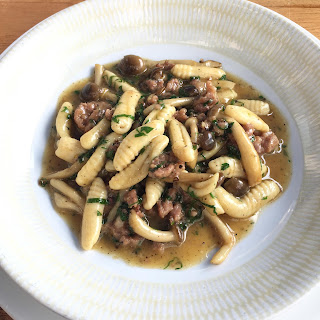 I previously mentioned, but didn't get the chance to enjoy, Del Mar restaurant. Also under the Trabocchi banner, the restaurant has been awarded a Michelin plate in the guide. Although I'm not able to confirm this, I would say its safe to assume that Chef's Spanish wife Maria had a lot of input in their new Spanish venture. Offering all the sea food flavors that the coast of Spain offers to paella and melt in your mouth jamón, located in DC's new and up & coming Wharf District.

Not mentioned were Chef's three fresh pasta houses, Sflogia, where you can also enjoy Trabocchi's commitment to maintaining authentic Italian cuisine in the DC area. For all other details on the duo's culinary empire please visit www.FabioTrabocchi.com .

From one Capital city to another, Vienna is home the 14th best restaurant in the world. Have a look at Steirereck restaurant here.