The Michelin Guide: Who, What, When, Where, Why?

Chances are that if you've read my blog before you recognize the term "Michelin star" and the Michelin Guide rating system of one, two & three stars. The average diner how ever, and non- Dined There, Sipped That blog reader, is unlikely to know what you're talking about. You couldn't blame them after all, as the Via Michelin restaurant Guide that we know today has no presence in Canada, and is only in four U.S. metropolitan areas. These areas include; California's Bay Area (which recently surpassed New York as the United State's food capital with seven vs. five 3 Michelin starred restaurants), Chicago, New York City & its boroughs and for the second year, Washington D.C. The Michelin Guide has a much bigger presence in Europe, rating tens of thousands of restaurants & hotels in almost every country of the continent. Even North American readers with knowledge of the guide probably aren't aware that Michelin also rates hotels and covers historic towns, sites & monuments not only in North America, but the entire world. From a traditional Japanese Ryokan Inn, to suggestions on touristic sites in Pittsboro, NC, one Michelin Guide or another covers it all. This makes perfect sense and comes full circle as the guide, originating from the Michelin tires company, began as, and evidently still is, a travel guide...who's restaurant rating system has over shadowed its other initiatives. Last bit of history, and the most interesting; The Michelin brothers, who founded the tire company in 1898, actually created the guide in an attempt to promote traveling by car in France. They hoped this would result in higher car sales resulting in higher tire production. 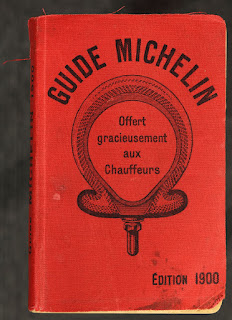 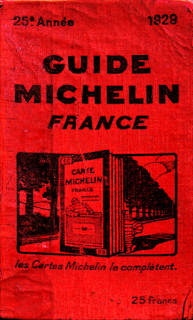 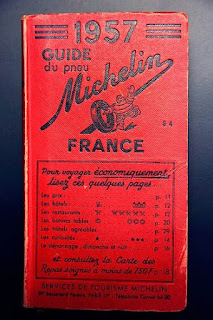 The guide still prints and sells paper back copies today. Needless to say, it has has come a very long way from 1900.

Since I've started writing this blog many readers have asked me questions about the Michelin rating process; how do the inspectors choose which cities & restaurants to rate, what does it take to get one Michelin star versus two or three, and so forth. For answers to all these questions and much more in the process please see the link below. If you have any other questions which may not be covered on the Michelin site feel free to reach out to me at @RBaviello on Twitter and @DinedThereSippedThat on Instagram and I'll try to fill in the blanks.

Find this interesting? Have a look at another gourmet restaurant rating system, The World's 50 Best Restaurants List.