As a typical, every day civilian I've never been exposed to what is known in the military as MREs, also referred to as Meals Ready to Eat. The same cannot be said for NYC-based Chef Chuck George who was the son of a serviceman. For those who have never seen the inside of an MRE pack it is basically a sealed pouch containing separately packaged ingredients to prepare a single serving meal. It goes without saying that MREs are not the most visually appealing. Chuck's project is all about spinning perceptions, "in essence taking the worst food, provided to the bravest people, and visually elevate it as if it was being served at one of the world's most revered restaurants". 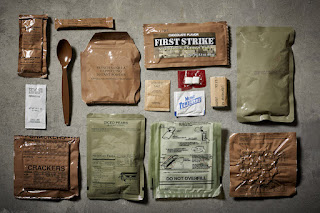 It's quite interesting to see what each country provides their troupes with and also what each thinks will keep a soldier healthy and in good spirits. Have a look at the Difference between a U.S.A. and Lithuania issued MRE's and others, here. Also, see below for a short clip of the project coming together. 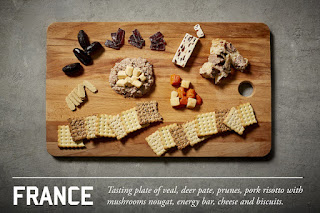