It's been half a year since the United States of America were going through their 45th presidential election. Roughly five months ago a new president was elected, and on November 29th, 2016, Donald Trump dined at the restaurant that I would soon dine at, Jean-Georges. Conveniently located on the ground floor of a sky scrapper which bears his name, the restaurant is located in the Trump International Hotel, in the Central Park West neighborhood. With restaurants in Mexico, the Bahamas & St-Barths, France, China, Japan, Singapore, the U.A.E. and several locations across the U.S.A., Chef Jean-Georges Vongerichten is somewhat known as worldly influencer himself. In fact, there are so many restaurants under the Jean-Georges umbrella that over the years I've dined at some of his establishments in New York City (The Mercer Kitchen) and Miami Beach (Matador Room) without even knowing it. How ever, his self titled, showcase restaurant, Jean-Georges in New York City, sets itself apart. The restaurant is a Relais & Chateaux and Les Grandes Tables du Monde member, along with the distinct accomplishment of holding three Michelin stars for an incredible 10 years in a row. Inside the restaurant high ceilings with matching windows offer Central Park and Columbus Circle views. White toned walls, seating and table setting make the intimate dinning room elegant, and brass jellyfish tentacle-like lighting matches the brass colored ceiling for a contemporary feel.

Like many other of the Chefs I write about, to mention all of JGV's accolades, accomplishments and impact on the culinary world would require several chapters. Born in the Alsace region of France JGV studied, trained and apprenticed under the "who is who" of Grand Chefs in France. His talents then brought him to Asia where he discovered his appreciation for aromatic flavors while training at five star luxury hotels. Still, to this day his favorite dish is served at a street cart in Thailand. Opened since 1997 Jean-Georges offers French cuisine with American and Asian flare. In case you're wondering, Trump's Dined There were the Scallops and the Beef Tenderloin. Have a look below to see what I enjoyed on my lunch tasting menu at Jean-Georges. 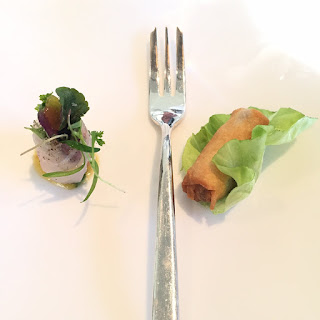 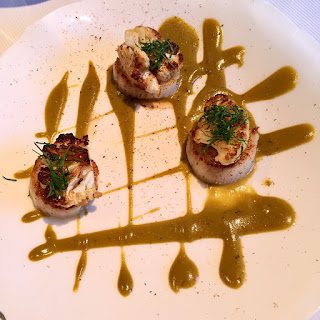 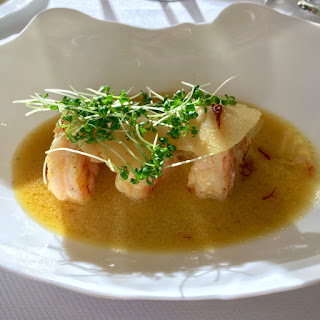 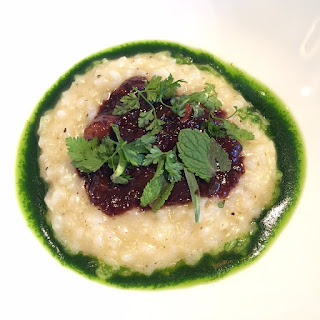 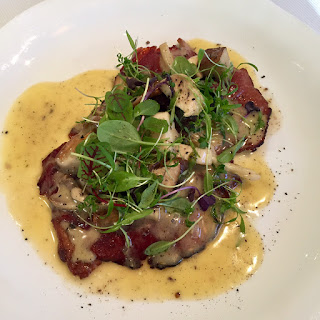 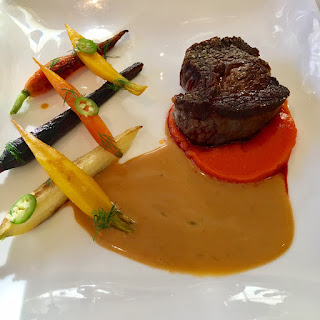 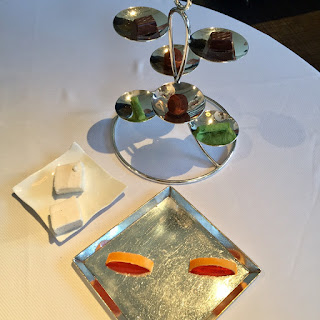 One of the reasons why Jean-Georges Vongerichten has been so successful is because he remains present in every step of development for all his restaurants. From design, to talent selection, of course menus, and most importantly the desire to learn and adapt to the ever changing culinary landscape. Chef is a very big believer in sustainability. The group has measures in place to ensure all of its restaurants have the smallest carbon footprint possible by only cooking with ingredients from local farms that have gone through environmental impact assessments. More more information on all things Jean-Georges, visit www.Jean-Georges.com .

Have a look at another exceptional 3 Michelin star restaurant in New York City, Le Bernardin, here.