A visit to Prague? Naturally the first thing I do, of course, check the Via Micheline Guide. Would you look at that, the inspectors have been through Prague. "La Degustation Bohême Bourgeoise"; sounds like every descriptive word you'd want for a restaurant name. Contemporary cuisine, trendy interior, historic neighborhood, it's a go!

The historic neighborhood would end up being Old Town of the Czech Republic capital which was spared bombing during World War II. As a result, all of Prague's 14th century cathedrals, bridges & monuments remain undamaged and kept pristinely preserved to this day. Although La Degustation is housed in a historic building, it is quite modern and the interior continues this "new meets old" aesthetic. The rustic wood flooring has an avant garde geometric pattern, the high ceiling with large arches juxtapose a glass brick entrance, and even the sleek leather chairs are bound with exposed oversized rope-like stitching.

Czech-born Chef-owner Oldřich Sahajdák's cuisine also reflects a fusion of classic & new through many factors which have influenced his culinary style. His career path was almost destined as Oldřich was born into a family of cooks and Chefs. Later in life he went on to travel the world, choosing to work in small country side restaurants allowing him to learn more about what each region had to offer. Of all his travels it was a meal at Thomas Keller's famous The French Laundry in California where he was ¹"taken by everything they did", and wanted to encapsulate that and make it his own in Prague. Since 2006, Chef has been entertaining guests with modern dishes originating from Czech cuisine, paying very close attention to using only the finest local products. For example, when the team sources their meats they consider the animal's diet, its environment, and how the seasons will change its flavor. Oldřich tells a story with his preparations to reflect the ingredients habitat; a fish dish will always be served in a sauce to reflect the water it once lived in, and meats with greens for the fields they once grazed on. Such creative attention to detail captured the Michelin guides attention, and La Degustation has held one star since 2012. Enough talking about Oldřich's contemporary cuisine, have a look below. 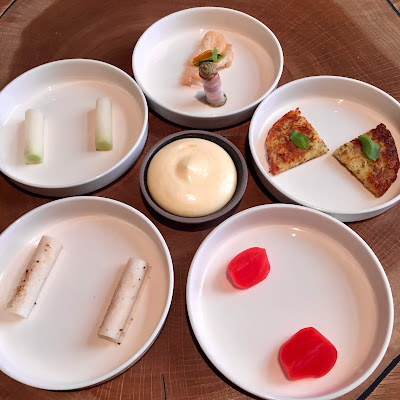 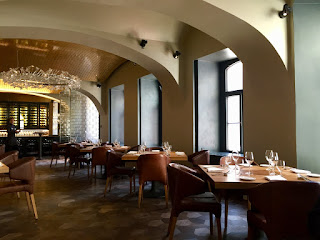 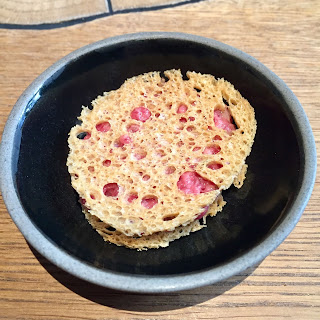 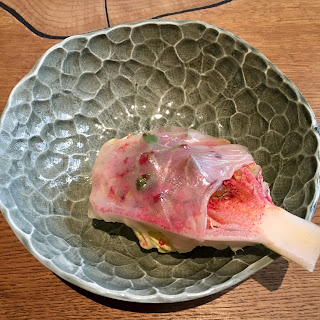 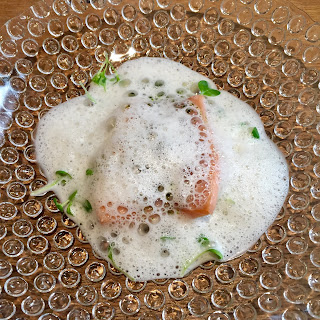 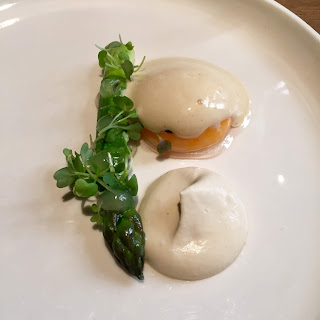 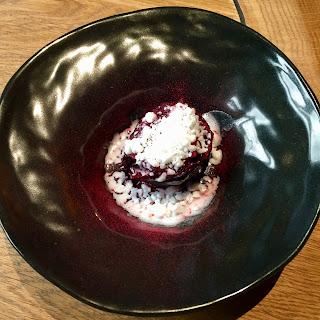 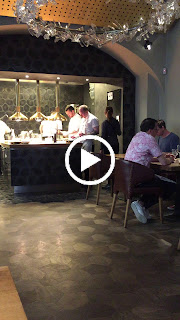 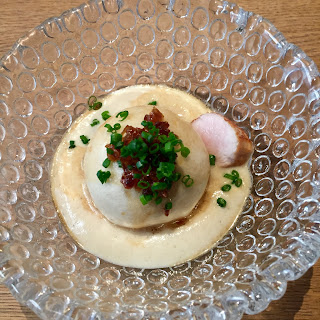 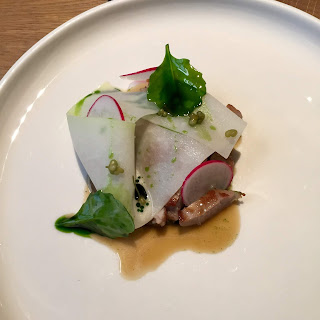 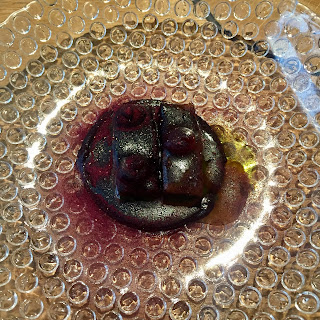 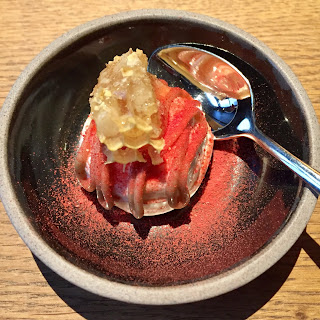 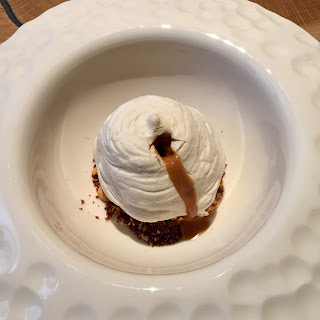 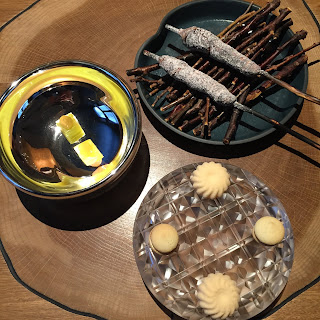 Mignardise & Petit Fours clockwise from the top:
*Tredlník with Cherry Liqueur and Cinnamon
Sponge Cake with Pear Jam & Sweet Pastry,
Sweet Rhubarb
*Tredlník is a Czech pastry made from dough wrapped around a stick, then grilled and topped with powdered sugar and varied toppings.

"La Degustation Bohême Bourgeoise" is French and translates to "a bourgeoise bohemian tasting." From the dishes above it's clear to see that Chef stays true to the restaurant's name. I wasn't able to confirm why he chose this name before publishing my piece, but if I had to provide insight, it's clever juxtaposing since you wouldn't ever see or hear the terms bourgeoisie and bohemian used together to describe something. This 14th century architecture meets 21st century installations feature is just one of Prague's many facets, and a worthy reason to put the city at the top of your travel list. I hope you enjoyed this post and invite you to leave any comments or questions below. For more information on La Degustation please visit www.ladegustation.cz/en/ .

I'd like to dedicate this entry to a DTST follower, and more importantly a great friend, who recently passed away. Not only a reader, but also great company during the experiences I've shared on my blog in Napa Valley and Louisville. Glad I could provide some entertainment with my writing. You will be missed.

Some restaurants let guests walk in and greet them inside. This two Michelin star restaurant in Amsterdam goes a step beyond. Find out how Spectrum does here.