Ten minutes North of the Arno, away from quaint central Florence, is Palazzo Della Gherardesca.  Dating back to the 12th century this Italian castle was formerly known as Palazzo Scala and was home to several influential Florentines such as Lorenzo Il Magnifico. Centuries later, with meticulous craftsmanship, it has been restored to it's original splendor and in June 2008 The Four Seasons Florence gave Il Palazzo new life. Such a fitting architectural & artistic gem to house one-Michelin star restaurant, Il Palagio.

After a jaw dropping walk through the hotel's lobby & Atrium bar your gaze will readjust as you approach the restaurant. As classic a dinning room as you'll come across, the tall ceilings, black & white square marble tiles, clear Murano glass chandeliers and shades of grey give it a somewhat contemporary feel even among Victorian frescos. Serving exquisite regional cuisine with a modern touch, Executive Chef Vito Mollica was voted Chef of The Year 2013 in Italy by Il Sole 24 Ore's restaurant guide. Mollica & his team received further international acclaim the same year being awarded Best Dish by l'Espresso's Italian restaurant guide for their delicate take on the rustic Cacio e Pepe; Cavatelli with Shredded Pecorino Romano & Crushed Black Pepper, Red Prawns & Squid. Chef's simple credo is that "If ingredients have been produced with care that it will come through in the taste."

To reiterate a theme I touched upon in my Borgo San Jacopo post, Il Palagio is further confirmation in my opinion, that restaurants in Italy, at least, are judged more critically when it comes to Michelin star success than restaurants in North America. The refinement of the cuisine, the venue itself, the wine list, and special menu items are incomparable to some New York restaurants with the same rating. But that will have to wait until my opinion piece on the topic. You're invited to revel below at the dishes of what I believe should be a two Michelin star restaurant, Il Palagio. 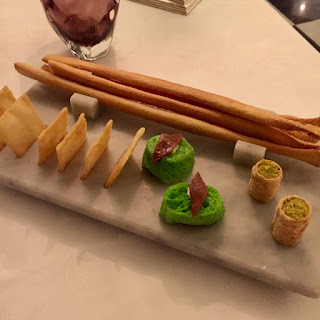 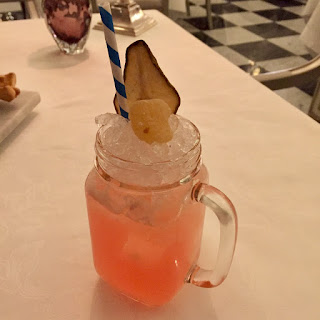 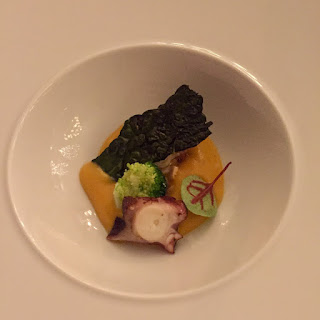 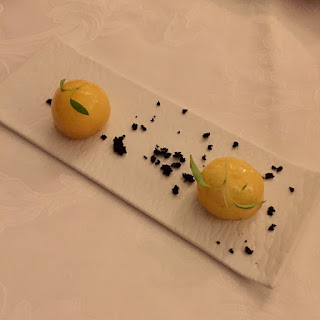 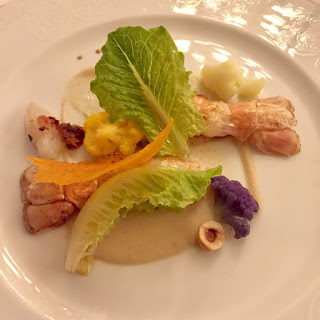 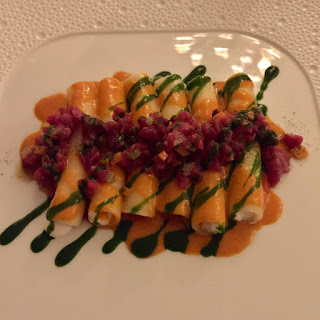 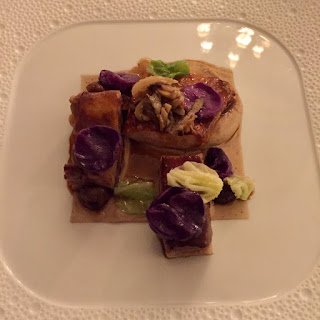 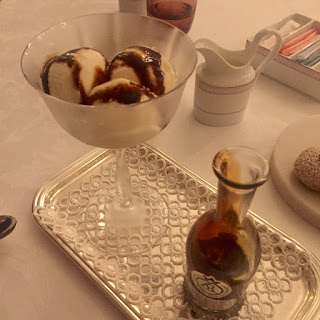 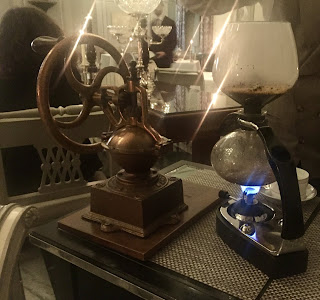 Old and new espresso service:
An old school macinacafè used to grind the coffee beans,
and a modern syphon brewer is used to make the coffee 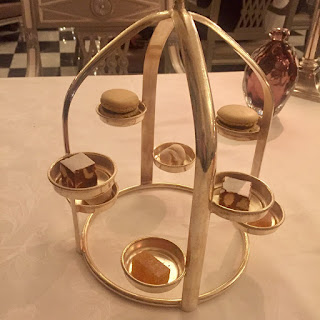 It was truly a treat to dine at Il Palagio, not only because of the next level cuisine, but because of the old world grandeur of the whole experience. The art, the architecture, no beautiful detail over looked. I highly suggest you click the link at the top of this piece (or here) where you can scroll through an online book illustrating the beauty of the Palazzo Della Gherardesca. For more information visit Il Palagio's website here.

Peep this link for another one Michelin star restaurant, in the heart of Florence, Borgo San Jacopo.