Dusk approaches in Charleston's Historic District as a man in a tuxedo lights up gas lit lanterns to illuminate the Peninsula Grill's courtyard & entrance, welcoming guests to dinner service. This touch of enchantment is what sets apart the only Relais & Chȃteaux culinary property in all of South Carolina, and what makes the historic city synonymous with Southern hospitality. Charleston's charm is sparked by its rich historic architecture & landmarks and a prominent arts & culture scene, earning it Travel + Leisure's No.1 City in the World award in 2016. Additional criteria for the award includes what brings you here today, an international dining scene. I mentioned charm, right? As it so happens I've been forced to cancel two previous reservations in recent years, so, third time's the charm for me!

Touted as one of "America's Best New Restaurants" by Esquire, the Peninsula Grill opened to instant local fan fare in 1997. Walking in, how ever, takes guests to a bygone era of horse drawn carriages, top hats and phonograph music. Through the candle-lit Champagne Bar, the dining room's mood lighting, famed velvet-lined walls and creaking seagrass wood floors exude history and character. Patrons couldn't ask for a more appropriate setting to enjoy a classic low country fine dining experience.
The restaurant is housed in the equally historic Planters Inn which originally opened its doors in 1803. 186 years later Charleston would face devastation at the hands of Hurricane Hugo, the most damaging hurricane ever at the time, permanently altering the city's landscape. Many historians believe that the subsequent era created the Charleston we know today; An era of cultural reawakening inspired by citizen's efforts to preserve, re-build and restore the physical damage caused by the catastrophic storm. The event led to hundreds of large-scale preservation projects throughout the city, leading to its current splendor.
Today, Executive Chef Ramon Taimanglo, a graduate of Johnson & Wales and Peninsula Grill team member since 2014, delights guests with farm-fresh Southern cuisine using French culinary techniques. Appointed Executive Chef in 2016, it was almost meant to be, as Taimanglo's career aspirations were born after an evening at the very same restaurant he'd eventually be at the helm of. Being in the dinning room felt like I was living through history, a feeling you don't get from overly polished modern restaurants. Transport yourself to Charleston's yesteryears through this peek into the Peninsula Grill.
July 2021 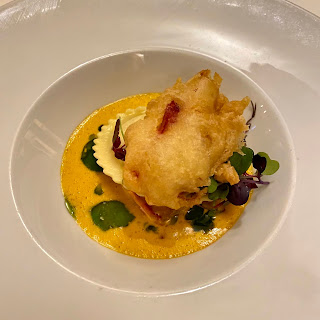 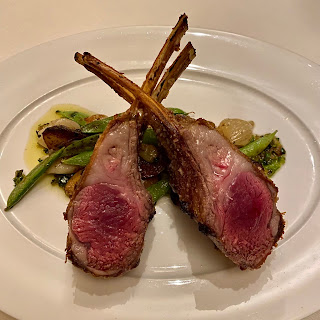 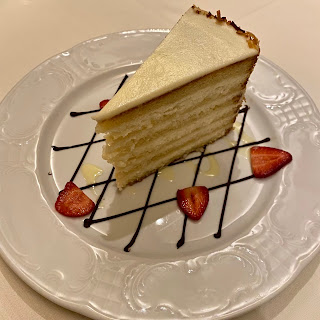 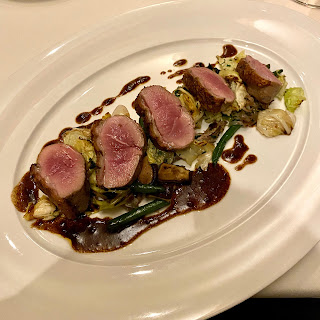 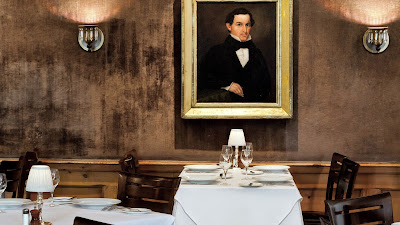 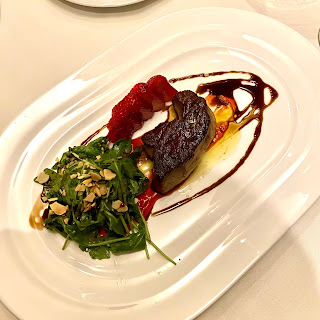 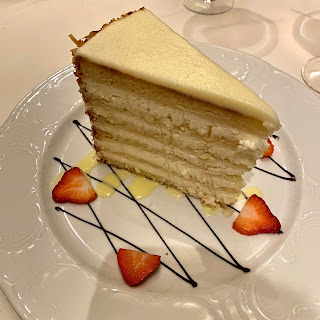 World Famous, 12 layer Ultimate Coconut Cake®️
The Peninsula Grill's "world famous" coconut cake is no over statement, and the registered trademark logo is not a typo. Available for shipping across the U.S.A. , the cake has a cult-like following and has been on the menu since dinner service number two, Valentine's Day of 1997. Rumor has it that the Pastry Chef who originaly baked the cake was not allowed to take the recipe with him, so lucky for you, it's still available today. I hope you enjoyed this feature on the Peninsula Grill and Charleston's history. For more information visit www.PeninsulaGrill.com .
French cuisine definitely holds high, if not the highest, rank in fine cuisine.Visit one of the finest French restaurants in the world, Per Se, by Thomas Keller, here.