In the voice of British broadcaster David Attenborough - more commonly known internationally as the host of Planet Earth and Life docu-series, - "Welcome to the fascinating world of the Galápagos Islands!" As the group makes its way onboard the Celebrity Flora ship, one zodiac tender at a time, the sun is already setting over volcanic boulders and the Pacific Ocean, ringing in the first evening of the eight day adventure. The night kicks off in the Discovery Lounge with an information session and flowing drinks to excited passengers dressed for diner, in hiking boots of course, this is an expedition trip after all!

Some quick interesting facts about the Galápagos Islands:
The only thing that would make this voyage even more intriguing for a gastronome was the anticipation of every meal prepared under the watchful eye of James Beard award nominated Chef Cristian Rebolledo and his team in the Seaside Restaurant. I had not done any research on Cristian prior to the trip and so I didn't recognize him as he gleefully welcomed guests onboard just a few hours earlier. Throughout the week he seemed to be everywhere, bidding adventurers safe expeditions & welcoming them back, and of course interacting with guests throughout dinner service during which we got to chatting regularly. The Culinary School of America graduate recounted his time at El Celler de Can Roca with the Roca brothers and at El Bulli with Ferran Adrià, both three Michelin star and considered some of the worlds best restaurants; quite the set of former colleagues. As if that wasn't enough, upon doing more research I discovered other distinctions including cooking at the palace of the King of Spain and at the James Beard house in New York City. In 2010, Rebolledo opened up his own restaurant which would become the #1 in Chile, earning him a spot amongst the top 5 Latin American Chefs. You can imagine how thrilled I was when Cristian offered to put together an off menu Chef's tasting dinner for the last night of the cruise. Having worked around the world, Chef pulled from his depth of knowledge to put his individual touch on each Galápogos-themed dish. 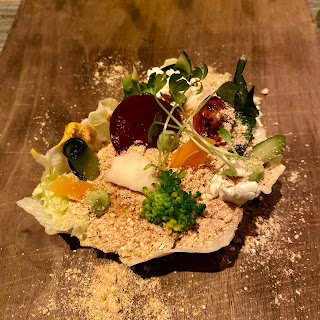 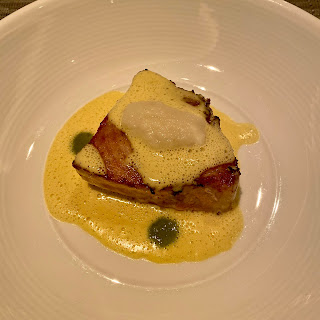 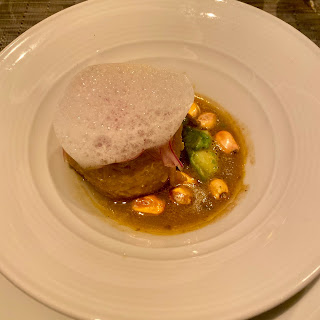 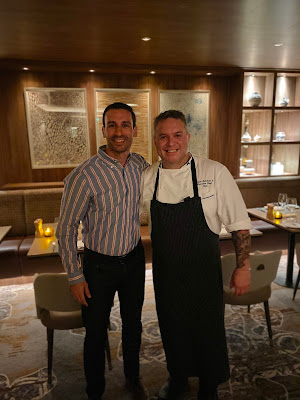 Myself with Chef Cristian Rebolledo 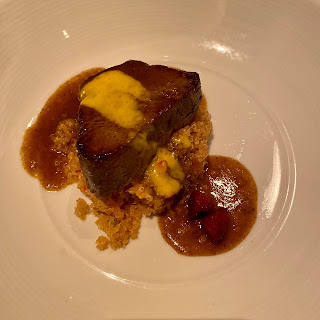 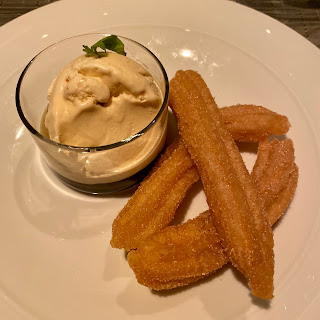 Each original dish made, presented and explained by personable Chef added the perfect touch to the tasting. It was quite special sitting there on this floating ship, in the middle of the Galápagos Islands, in the middle of the Pacific Ocean. Everything about the islands themselves was quite special, from the landscapes and of course the wild life, to their volcanic formation & history. As a people we are lucky to have recognized the importance of all this beauty several decades ago, making a conscious effort to keep the ecosystems undisturbed and ensure we can continue to enjoy this place stuck in time for more decades to come.

Can you guess one of Ecuador's delicacies? Take a guess and then find out at Zazu, a Relais & Chateaux restaurant in Quito.