For anyone who's assumed things about the city of Baltimore's image based on what's been shown in the news in recent years, I'm delighted to tell you that the media has led us astray. During my short visit to the self nicknamed "Crab Cake Capital of the World" I found several neighborhoods, each with their own character offering various types of venues, activities and draws.

The Inner Harbor at the northern end of the Patapsco River boasts an impressive waterfront with a plethora of enriching history, science, art, & naval museums and even an aquarium, easily providing a weekend's worth of activities. For travelers seeking out glamour & night life, Harbor East is home to the contemporary & luxurious Four Seasons hotel which has a two story rooftop lounge and streets lined with  a great restaurant scene offering cuisines to please every palate. Additionally, in neighboring Fells Point the Sagamore Pendry hotel offers The Cannon Room, an American whiskey bar with a curated menu of bourbon, rye and premium whiskeys. Those looking for the exact opposite are sure to feel at ease in Federal Hill-Montgomery, a resurgent neighborhood with charming architecture, and the kind of eclectic scene that has a brewery, low key taco joint, bakery, and Bookmakers Cocktail Club - a bar featured on WorldsBestBars.com - all on the same strip. The last neighborhood I ventured into is the National Heritage Area of Mount Vernon, at one point in time, and perhaps still, the most prestigious area of Baltimore. Lined with Gilded Aged mansions of the 1880s and the location of, you guessed it, the restaurant we're here for, Magdalena in The Ivy Hotel.

Originally built in 1889 by famed architect of the era Charles Carson for affluent banker John Gilman, the mansion has been called home by several notable Baltimoreans. After going unused for some time, the early 1980s brought it new life as it became a venue to host visiting dignitaries. Through an extraordinary update and with much anticipation the Ivy Hotel as we know it today opened in June 2015. Its restored grandeur highlights every detail that Carson designed decades ago and has earned the distinction of Relais & Chȃteaux.

Magdalena restaurant, also a Relais &Chȃteaux member, is on the ground floor of the hotel with an interior which I can only describe as the restaurant in Alice in Wonderland if there was one. Much like a whimsical collection of dining rooms and dimly lit mysterious hallways, the ambiance reminded me of my wonderful experience at Chez TJ, but more formal than the later. With five distinct dining areas and three matching my previous description; Treasury Room, Tasting Room and Wine Cellar, there is no lack of eclectic decor to captivate your gaze. I dined in the Treasury where there is still an original safe which was used to keep silver and crystal under lock & key decades ago, all under a golden glow. The restaurant, French cuisine by categorization, takes liberty to put an international spin on its dishes. All influenced by, and under the direction of, awarded Executive Chef Mark Levy and the experiences of his life's journey. Manager Emmanuel West describes themselves as one of Baltimore's culinary jewels & destinations, and with their refined seasonally evolving menu I couldn't agree more. I hope you enjoy Chef's subtly complex dishes below.
July 2021 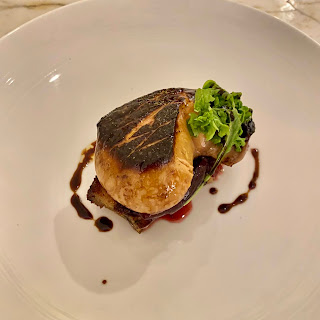 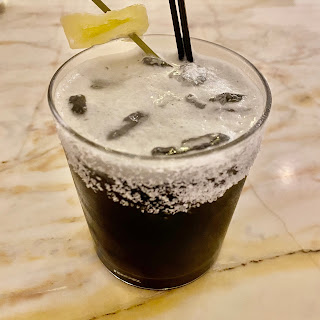 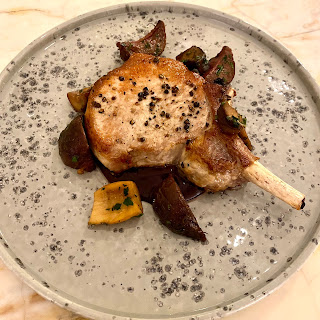 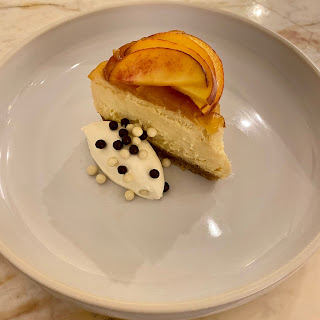 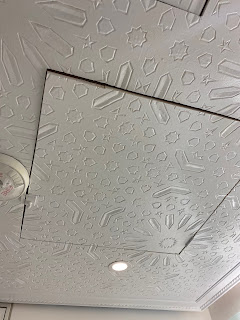 New muted ceiling
Update:
Since the beginning of, and ongoing, global pandemic, few industries have been spared of having to make enormous changes to their business model in order to stay afloat. It goes without saying that the hospitality industry has suffered the most of any. It finally feels like there is light again at the end of the tunnel, but the industry has barely began recovering at best. As a result Magdalena's artistic direction quietly evolved into a bistro restaurant versus a solely fine dining restaurant in comparison to my first dining experience. In an attempt to make the dining rooms more approachable to new customers, and to this blogger's dissapointment, the whimsical murals on the walls and ceiling have been muted to reflect a more "of the times" interior decor.  If you compare the photo of the white ceiling above to the colorful one below, you'll see what I mean. The multiple dining rooms still have fun themes to offer, but it's always more comforting to return to things as we remember them. Despite the interior's new coat of fresh white paint, the flavors and colors on the dishes
August 2019 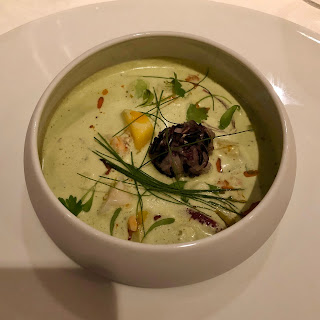 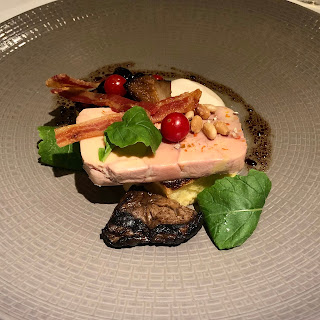 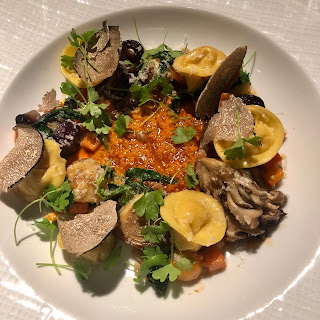 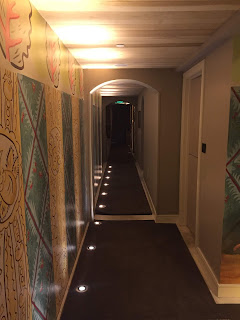 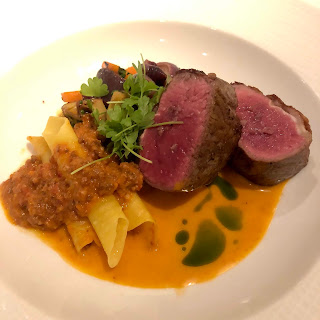 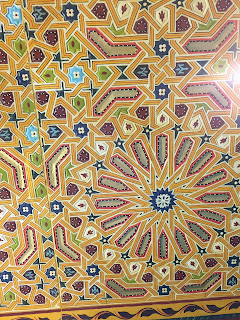 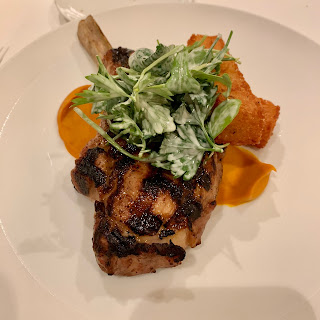 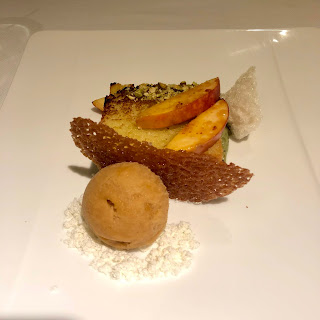 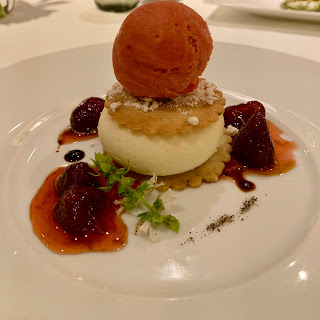 The city of Baltimore has many things to offer and as diverse a city as it is its citizens have a very strong sense of community and local pride. After all, what other city do you know who named their NFL team after a famous native writer? That's right, the Ravens were named after the mythical bird in the famous 1845 poem by Edgar Allan Poe. I hope that one day you all get the chance to enjoy Baltimore and listen to, or rather savor, the stories that Chef Levy tells with his dishes. For more information on Magdalena click here.

Just South East of Baltimore is Washington D.C., a gourmet foodie's paradise. See what one of the city's best, Pineapple & Pearls, has to offer here.