One aspect about dinning in Japan that I forgot to mention was the difficulty to secure reservations. Despite an obvious language barrier, some restaurants refuse to accept reservations made by third parties like hotels & concierge services, leaving dinners to fend for themselves with time zone difference and communication obstacles. Den's reservation policy, you guessed it, was one that adhered to the aforementioned terms. I would later learn from the concierge team in Tokyo that reservations at Den were highly sought after and very difficult to secure, but my story wasn't so frustrating. After two consecutive failed phone call attempts during their specified reservation hours (11:00PM EDT - 12:00PM the next day in Japan) I tried a third time and voila. 25 minutes of speaking very slowly and reciting one letter at a time later, I was in.

Speaking of timing, when I think Japan punctuality comes to mind. This wasn't faring well with the current 15 minute delay to the restaurant despite repeated e-mail notices to respect the reservation time. Contrary to concern, reception by whole team at Den was genuinely warm and happy to host as they all boasted a welcoming cheer (This would explain their award for best hospitality team in Asia for 2017 as per Asia's 50 Best list). As you can see from the photos below, counter seating, again, is the place to be in Japan. Den's reputation proceeded itself as I had watched a dinning abroad show featuring the restaurant years before and it was surreal to be there myself. At the time that I Dined There, Den was rated #45 on The World's Best Restaurants list and #11 on Asia's 50 Best Restaurants list. Since then it has earned the highest climber award and is #17 on the world list & #2 on Asia's.

Two Michelin star Chef Zaiyu Hasegawa's kaiseki is intended to makes guests feel like they are dinning at his home by incorporating a deeply personal take on his home-style cooking. His diverse influences were developed during his travels over seas and his 11 year tenure in the kitchen of a ryotei (a luxurious traditional Japanese restaurant) where his mother worked as a geisha. At Den the playful presentation is supported by culinary skill to deliver the a modern tasting menu made up of small complex dishes. In the end though, cooking is all about fun for Chef Hasegawa. Enjoy the fun and intricate dishes in Chef's tasting menu below. 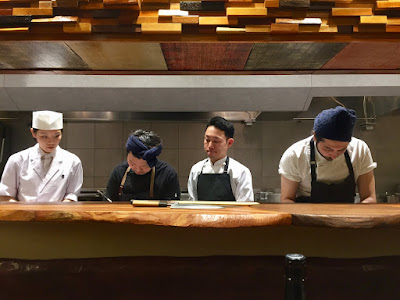 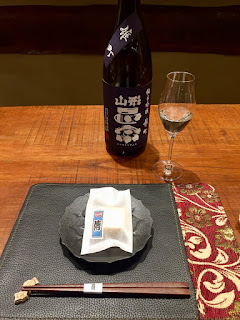 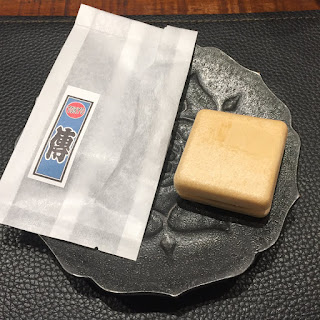 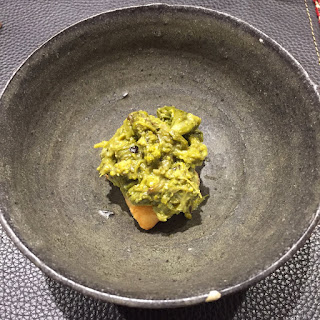 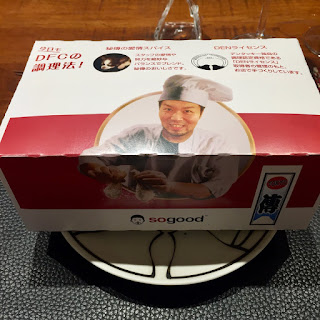 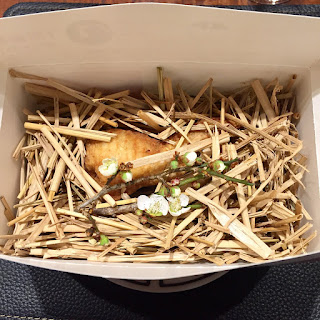 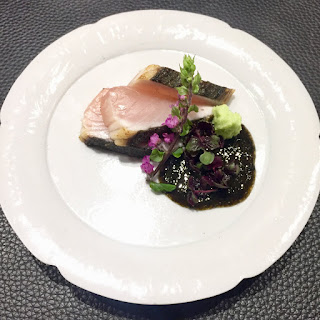 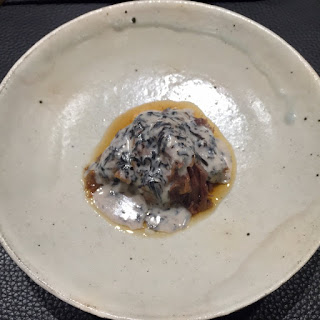 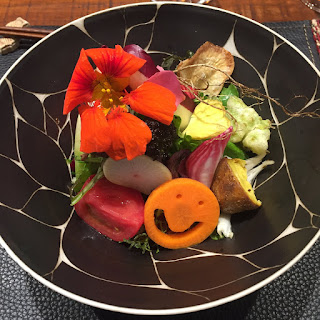 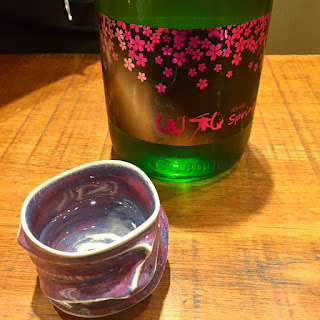 Another interesting fact I forgot to mention; At Japanese restaurants in Japan, and also recently in New York, restaurants present guests with a variety of sake glasses and each person selects their favorite one. A nice personal touch. 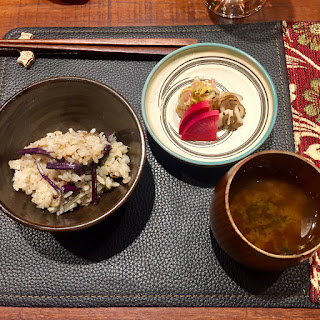 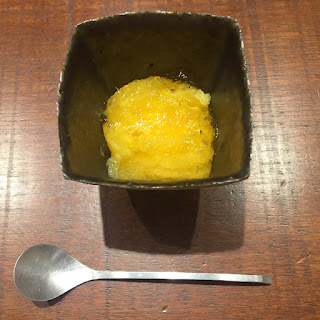 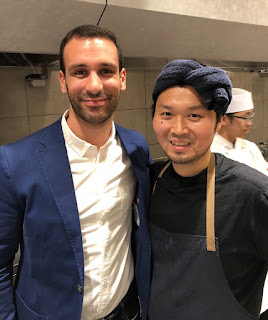 Myself with Chef Zaiyu Hasegawa

Like many of the restaurants in Japan Chef was happy to say hello and despite limited English spare some time to chat and even introduce his dog, which follows him everywhere. Chef Hasegawa makes it clear that he truly enjoys preparing his home cooking from the heart with the sole purpose & intent to make his customers happy and leave with a smile. I hope my post left you with a smile and perhaps even a craving for some fried chicken? For more information on Den visit www.JimbochoDen.com .

Have a look at another two Michelin star restaurant led by the woman who's taking over the fine Spanish dinning scene in Tokyo, Sant Pau.