At roughly 14,000 square feet, restaurant Gabriel Kreuther is no small operation, but this is New York where "Larger than life" & "Go big or go home" are mottos the city thrives on. After all, such a space is necessary if you're going to seat 350 guests in your dinning room & lounge bar for lunch and dinner, Monday through Friday - dinner service only on Saturdays. Located in the heart of Midtown, across the New York Public Library and Bryant park, on the ground floor of the Grace Building, it accommodates both business and pleasure. Gabriel Kreuther offers one of the best lunch deals in the city, and in addition their nine course Chef's "Carte Blanche" menu by night, there's a dish for every diner. The interior has influences tying to the Chef's Alsatian roots, including reclaimed walnut beams inspired by his hometown and 42 hanging Cristal storks flying East towards Strasbourg. Complimenting the French accents, the rest of the space takes from several styles which could each be a project on their own; Floral statement walls, brass fixtures, cream leather seating and one of a kind art all come together impeccably to be named one of the worlds more stunning restaurants as per Tasting Table in 2017. When there are no guests at the Chef's Table, open curtains allow dinners to peak into the world of Relais & Chateaux Chef Gabriel Kreuther through a large glass wall.

A decade after his skills guided him through some the finest kitchens in Germany, France & Switzerland, Gabriel departed for the States. The dawn of his stateside career include Jean-George Central Park then almost a decade at The Modern. His self named restaurant opened its doors in 2015 and has held one Michelin star since 2016. In the kitchen, the Chef's classic culinary finesse is applied to modern creations which are never too far from home via ingredients and traditional Alsatian dishes including Kugelhopf and Sauerkraut. The Alsace region in the North East of France is also very well known for its varietal white wines, so pour yourself a dry Riesling and gaze upon Gabriel Kreuther's refined French fare until you get there to savor it for yourself. 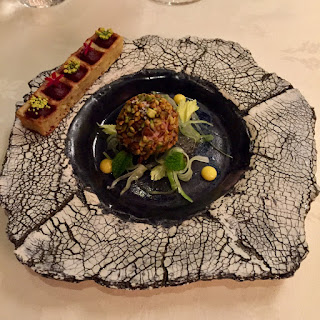 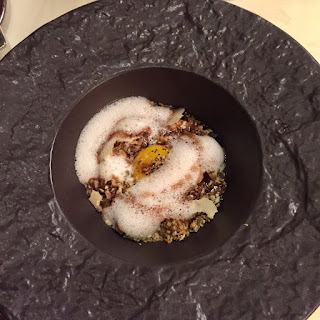 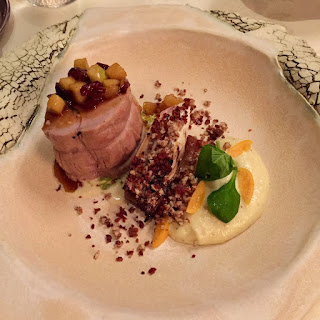 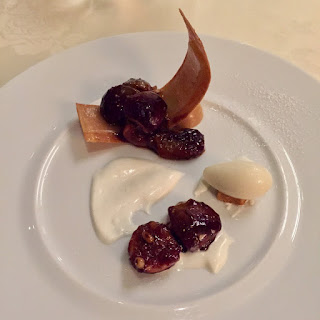 On your way out, I dare you to resist the chocolaterie & bakery that Chef opened in 2016, next door to the restaurant. In partnership with Pastry Chef Marc Aumont, the pair hand craft fine chocolates and confectionaries, touted as some of the city's best. Unfortunately though their mesmerizing glazed terra cotta dinner wear and surgical looking utensils are not for sale. For more information on Gabriel Kreuther and the chocolaterie, visit www.GKNYC.com .

From France, across the English Channel to the UK. Climb up to one Michelin star restaurant The Clowtower, here.