Eating My Way Through New England

A summer trip up the North Eastern coast of the U.S. allowed me the opportunity to enjoy several renowned restaurants in small quaint towns that may not be on everyone's travel radar. Some of these towns were completely unfamiliar to me, such as Westerly, which I only discovered with the help of a Relais & Chateaux properties maps. Others I had heard of long ago, but had not visited and knew to expect great things such as Nantucket. Here's a preview of some outstanding restaurants on the North East coast of the U.S.  I'm hoping this showcase will shed light on some new towns & restaurants you'll want to add to your future travel ittinerary, enjoy!

Fire Island, off the coast of Long Island, is a quite secluded place once you arrive at the community that you'll be vacationing at. With no cars allowed on the 31 mile long (50 km) island, it was a 30 minute water taxi ride to arrive at the Fair Harbor community. Le Dock, a Jean-Georges restaurant offering a menu created by the three Michelin star Chef, was originaly founded in 1976 and serves local sea food alongside casual fare & great craft cocktails. For more information on Le Dock, click here. 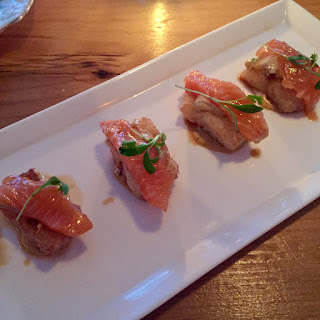 The EMP Summer House, for short, was located 52 miles (84 km) further North East on Long Island. "Was" because as the term "pop up" suggests, this was a temporary location which is now closed. East Hampton was chosen as the casual summer location for the world's #1 restaurant, as per The World's 50 Best Restaurants list, while its Manhattan location is being renovated. Perhaps more casual in appearance, the quality and preparation of the dinning room menu stayed true to it's three Michelin star reputation illustrated in the photos. With a local farm to table approach Relais & Chateaux and three Michelin star Chef Daniel Humm had the pleasure of wowing guests, local & afar. For more information on the E.M.P. summer house visit www.EMPSummerHouse.com. *Updates: 1) Eleven Madison Park in Manhattan has since reopened and you can see my piece on the World's number 1 restaurant here.
2) Just a few days ago EMP announced that they will return to the shores of the Hamptons for a pop up summer of 2018. 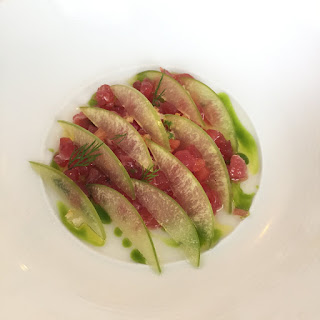 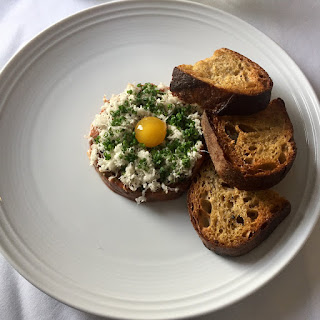 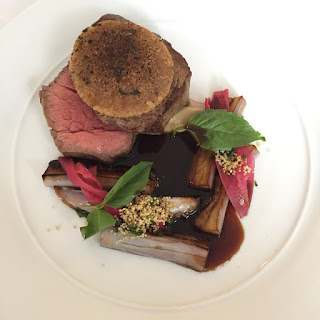 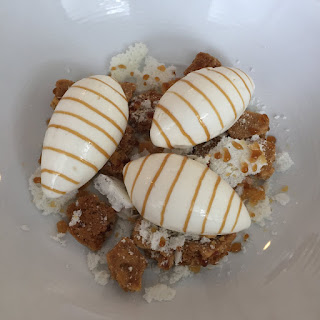 No stranger to off the beaten path chic destinations, restaurant Jean-George's subtle contemporary decor fits in like a glove at the modern Topping Rose House hotel in Bridgehampton, only 8 miles (13 km) from aforementioned EMP. Originally built in 1842 for one of Birdgehampton's most prominent citizens, today it welcomes casual and fine dinners alike, all year round. From Maine lobster rolls in summer months to NY strip steak in the winter, Jean-Georges sources from the areas reputable farmers & fisherman and their own one acre farm. For more information on Jean-George at Topping Rose House click here. 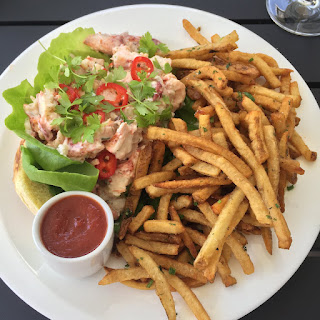 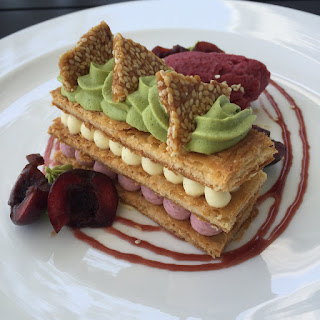 My first ever meal in the state of Rhode Island set a rather high standards for the remainder of my stay. My meal may just appear like F&C , but let's set the stage; The Ocean House resort is a Relais & Chateaux member and between its hotel, spa and Coast restaurant, Ocean House is one of only 11 Forbes Travel triple five-star resorts in the world. Despite being the casual lunch option, the interior elegance does not lack grandeur. Chef Nicolas Bour and his team offer seasonally inspired, traditional brasserie fare with a New England flavor. For more information on the Ocean House and what it has to offer click here. 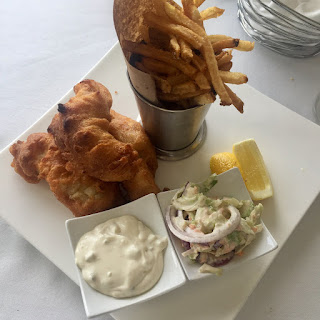 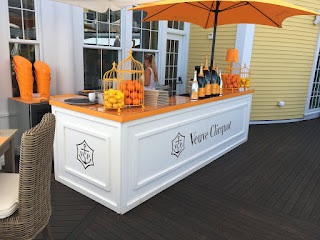 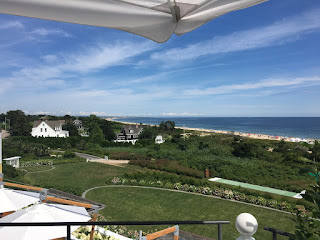 Yet another Relais & Chateaux member and Forbes Travel rated property, Rhode Island kept raising the bar. The Dinning Room restaurant inside the 1875 built Castle Hill Inn offers expansive panoramic views of Newport harbor, historic Jamestown Island and all the majestic sailboats in between. The wood paneled walls and ornate carpet are the perfect backdrop for the culinary works of Lou Rossi. The Dinning Room team are proud to offer dishes using an abundance of local produce and build their evening menus around what happens to be available on the resorts own gardens. Noteworthy fact; Chef Rossi worked alongside 3 Michelin star Chef Thomas Keller at Per Se in Manhattan. For more information on The Dinning Room at Castle Hill Inn click here. 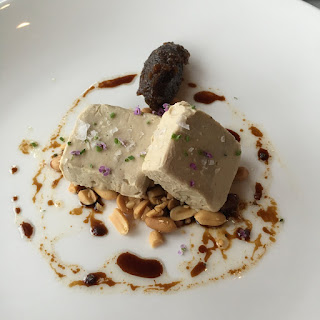 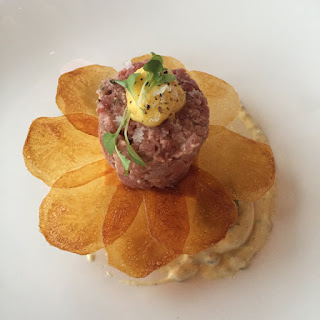 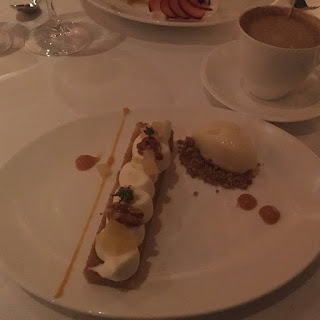 The Terrace at The Charlotte Inn - Martha's Vineyard, MA

The venue of The Terrace restaurant and The Charlotte Inn hotel, which it is in, are some of the best kept old-world elegance properties that I've come across, so it's no surprise that they hold the Relais & Chateaux banner. It's difficult to imagine without photos, but walking into the hotel and through its corridors to The Terrace you're transported to 1901, surrounded by Edwardian-era antiques. The Forbes rated restaurant serves New England classics with French & Italian accents, using local ingredients. Chef Justin Melnick, who trained alongside Barbara Lynch of Menton, and his wife, Emily, an accomplished pastry Chef, work side by side in the kitchen adding to the intimate atmosphere. For more information visit www.TheTerraceMV.com . 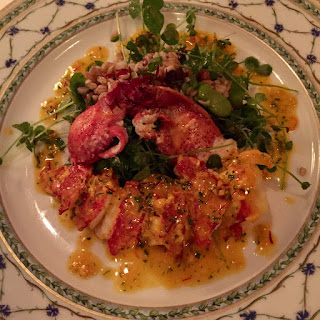 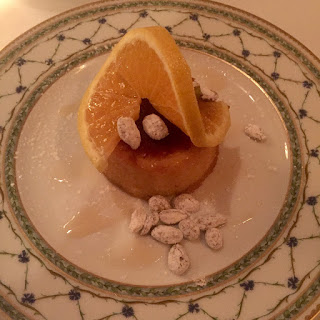 
Topper's at The Wauwinet - Nantucket, MA

After a peak at the sun setting over The Wauwinet's beach front ... and five mosquito bites in one minute, it was a beeline for the Topper's dinning room. The acclaimed restaurant is yet another Relais & Chateaux member to call New England home. Chef Kyle Zachary's greatest inspiration is the challenge of providing a culinary experience which guests won't soon forget and he does so by tapping into the island's fresh supply of fresh seasonal ingredients. Fresh Retsyo oysters caught 300 yards away, for example, a wine list which has won repeated awards, and service that overlooks no details is how  Topper's accomplishes Chef's challenge. For more information on Topper's at The Wauwinet, click here. 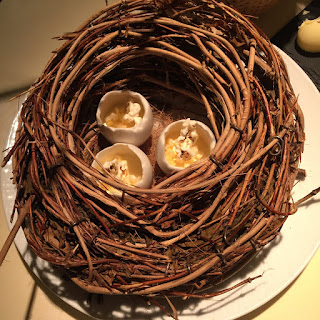 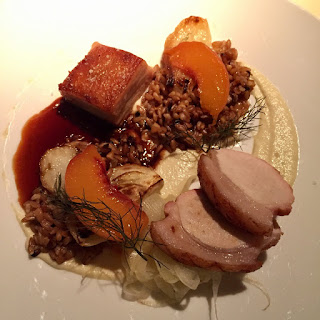 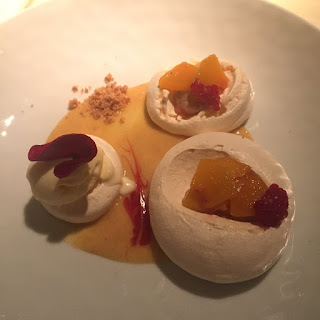 The Lobster Pot is to Cape Code what Schwartz is to Montreal and what Carnegie Deli was to New York, a tradition & an institution. Already having a name for itself long before the celebrity Chef, the restaurant garnered much more attention in November 2014 after it was featured on Anthony Bourdain's Parts Unknown - Season 4, episode 8. Needless to say, lobster is the star of the show here, but the delicious dishes hovering under the radar are all the Portuguese bouillabaisses. Portuguese fisherman began settling in Provincetown around 1865 and there is a very strong & prominent Portuguese culture. The Lobster pot is a no frills, no reservations, take a buzzer, no table cloth kind of place and (it doesn't apologize for it)it's just perfect. For more information visit www.PTownLobsterPot.com . 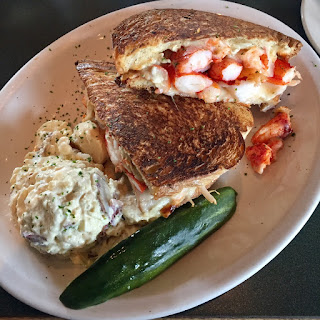 These quaint, quiet towns all proved that when it comes to fine-and delicious- dinning, that they can go head to head with any metropolitan city.  Everything from the venues, the cuisine itself was stellar and I was perhaps most impressed with the service. I hope this piece on North Eastern Coastal restaurants added some items to your bucket list and not-so-far from home vacation ideas for next summer. Stay tuned for my next post which brings us back to New York City.

Just like The Lobster Pot, this Manhattan tradition is a casual spot, but don't let it fool you, Italian restaurant Babbo is carrying a Michelin star under its belt. Have a look here.