Another trophy in the Stephen Starr display case, The Clocktower restaurant is located in the Flatiron District, inside the equally trendy New York EDITION hotel. True to its name, a winding set of stairs leads guests up to the second floor restaurant. The space includes three dinning rooms, a billiards parlor, and a swanky bar. Tall ceilings lined with portraits of eclectic celebs set the tone of a New York City "in crowd"-vibe, including sightings of Lenny Kravitz & David Beckham. Detailed dark wood panelling takes up the lower half of the palatial walls giving a nod to the restaurants contemporary British inspiration. The British flare comes from founding UK Chef Jason Atherton. Atherton arrived to the U.S. in 2015 to help launch The Clocktower equipped with a Michelin background and a blue print for the restaurant from his similar concept location inside the London EDITION hotel. The restaurant earned its own Michelin star in 2018 under Chef de cuisine Bogdan Danila who is currently handing over the reins to Chef Jack Logue, formerly of Betony. Under Logue's direction The Clocktower will continue to offer elevated UK influenced dishes along with other European tastes. Head up the dimly lit staircase and please enjoy The Clocktower - yes, they also have elevators. 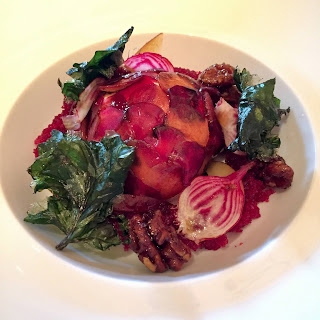 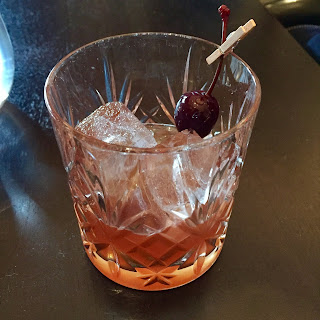 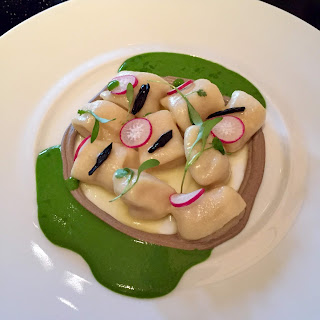 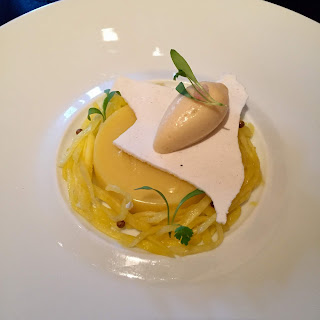 After you've enjoyed your meal feel free to take in the space, perhaps enjoy a game or two on their purple felt billiard table, or Sipped That a night cap at The Clocktower's 24 karat gold leaf bar and you'll be feeling like a Manhattan insider. A side note about transitioning-in Chef Jack Logue; I'm thankful to have had the opportunity to Dined There at Betony before the unfortunate news that it permanently closed in December of 2016, but looking forward, we can all continue to enjoy his culinary skills at The Clocktower. For more information on restauranteur Stephen Starr and The Clocktower click here.