In 1998 Danny Meyer and his Union Square Hospitality Group first opened the doors of Eleven Madison Park to the savvy and demanding New York public. Located across historic Madison Park, on the ground floor of the 1929 Art-Deco Metropolitan Life North Building, it seemed fitting that this dramatic locale, with its 33 foot ceilings, would be host to the now highly acclaimed restaurant. In 2005, after much courting by Danny Meyer and many visits to New York, Daniel Humm would accept the position of Executive Chef at Eleven Madison Park. The duo didn't go without their share of downfalls when 2009 brought the restaurant to near bankruptcy as a result of the recession. Meanwhile the customers they did have backlashed against the idea of letting their favorite brasserie go in exchange for a fine dinning restaurant. The same year also brought EMP it's highest success to date when it was given a four star review by the NewYork Times - the highest rating possible. Of course, the party included Daniel Boloud, Humm's friend & mentor, showering the crowd of friends, colleagues & family with Champagne from the bar top. In 2011 EMP received it's third Michelin star-which its kept to this day-and Daniel Humm & restauranteur Will Guidara purchased the restaurant from Danny Meyer. From the time they became owners to 2016 the restaurant climbed the ranks of the World's 50 Best Restaurants list from #24 to #3 and finally in 2017 Eleven Madison Park was named the worlds best restaurant. This, of course, is in addition to their brass Relais & Chateaux and Les Grandes Tables du Monde plaques lining the entry way. Instead of ridding The Worlds Best Restaurant award wave, EMP closed its doors for renovations June 2017 and opened a casual pop-up summer house in East Hampton, New York, which you can preview on my New England piece here. With much anticipation from the culinary world the restaurant reopened in early October 2017.

You can also preview my second visit to the EMP Summer House Pop-up on my Revisiting New England piece here.

Back tracking to his pre world recognition days, Chef Daniel Humm grew up in Switzerland and could be found in the kitchen at the age of 14. Training at the upper echelon of Swiss hotels he earned his first Michelin star at 24. In 2003 he moved to the U.S.A. to be the chef at Campton Place in San Francisco and the rest is history. EMP delights the senses offering a contemporary dinning experience where some say Humm has discovered all the secrets of French cuisine. "He posseses extraordinary understanding of technique with a clever and innovative cooking style" claims the Michelin Guide. No menu is presented, instead guests have a conversation with the table's captain to discuss preferences, and you can see some of mine below. 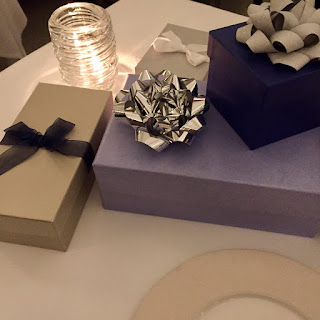 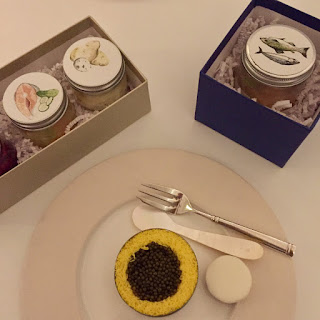 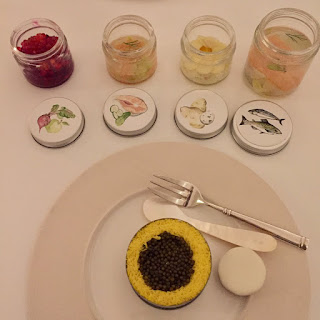 Amuse Bouche & Appetizers cleverly disguised as Center Piece:
On Plate: Caviar with Smoked Sturgeon on a bed of Bagel & Rye
Left to right: Trout Roe with Beet and Apple
Salmon with Cucumber and Pumpernickel
Potato with Quail Egg and Mustard
Mackerel with Fennel and Salmon 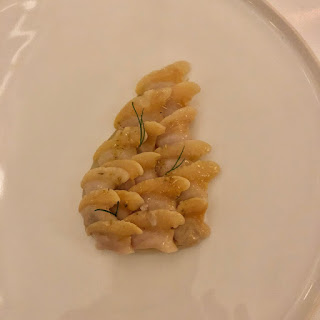 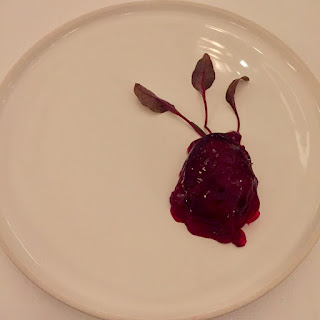 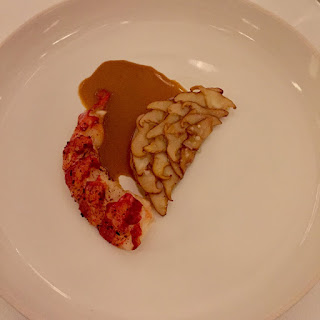 Lobster Butter-Poached with Potato and Chanterelles 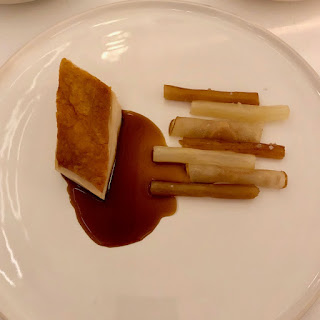 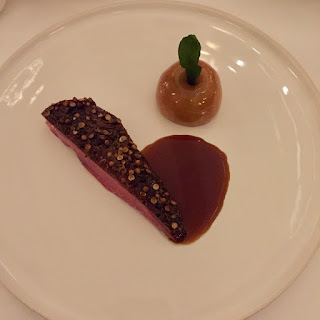 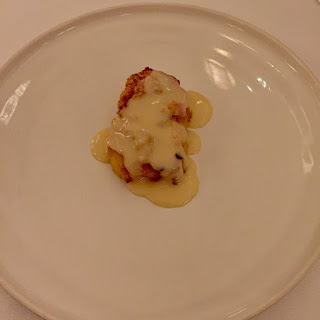 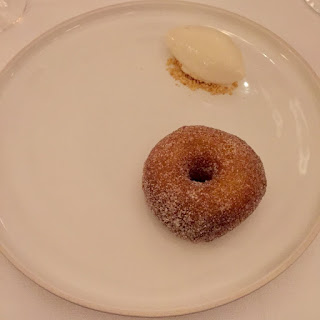 These seemingly simple dishes in reality illustrate Chef Humm's ability & skill to know when to stop. I'll leave you with a quote of his which is just as applicable to cooking as it is to life, "All my years in the kitchen have taught me that there is more to cuisine than complexity, and that restraint can be even more difficult to realize, but the results can be incredibly beautiful." Keep is simple, people.
For more information on Eleven Madison Park visit their website here.