Babbo, meaning father, in New York City's Greenwich Village is the kind of classic yet vibrant enoteca which has quickly become a Manhattan landmark. Located by the historical Washington Square Park, it's doors have been opened since June of 1998 when Mario Batali and Joe Bastianich came together to offer the city the best of Italy's food, wine & culture. The same year of it's opening the restaurant won the "Best New Restaurant" James Beard Award and has held one Michelin star for an impressive 17 years.  Babbo pride itself on offering homemade pastas and cured meats, not to mention fresh seasonal produce. Dishes may seem rustic on the surface, but contain refined skills beneath.  As guests enter the small two floor restaurant they're greeted by an intimate bar & lounge area which leads to the staircase of the naturally lit second floor dinning room. The decor and design is just right to make diners feel immediately welcomed and comfortable. Needless to say that from 1998 to today, the two restauranteurs have risen to celebrity status in the industry. Batali and Bastianich have since, jointly, opened 17 restaurants around the world. It is Executive Chef Frank Langello who's currently at the helm after crafting his skills at notable Le Cirque restaurant in Midtown. After two years at the French restaurant Langello printed one copy of his resume and landed the job at Babbo under his mentor Batali, now since 2002. Have a look below and enjoy the simple yet delicious dishes at Babbo, which for a Michelin starred restaurant did not break the bank. 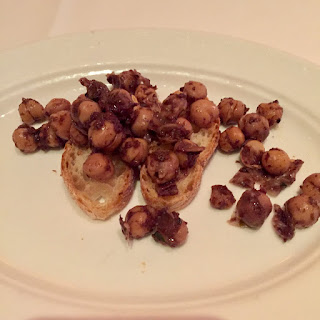 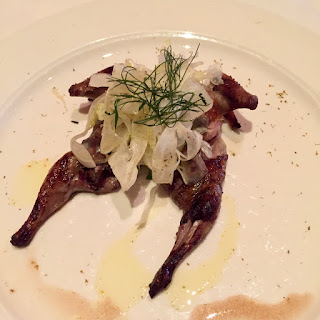 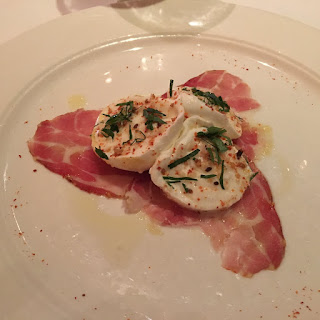 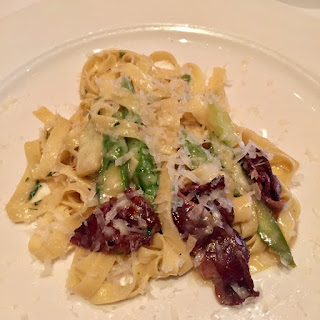 Fettuccine with House-Made Pancetta and Radicchio 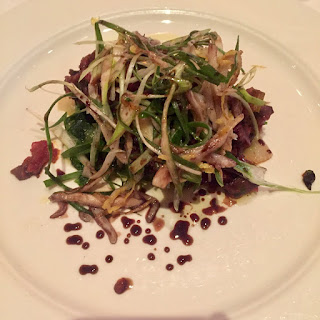 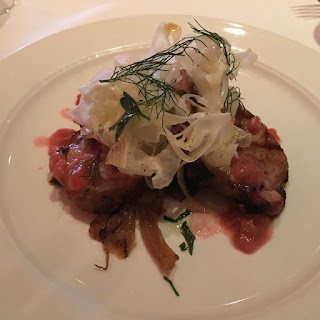 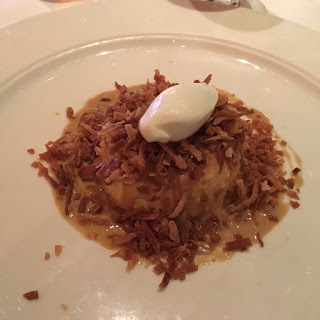 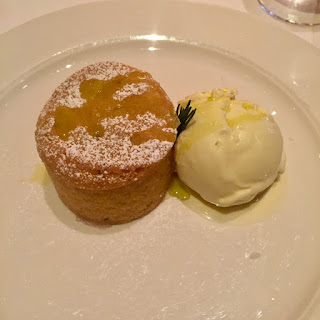 The olive oil cake & gelato brought back great memories of a French restaurant in Montreal who had a similar chocolate fondant with olive oil, but unfortunately no longer serve the dessert. Even with all their success Babbo has stayed true to their mission of culturally enriching the city. On their website, and on location, the restaurant features region, recipe, ingredient, dolci and vino of the month including pairings and cooking tips. For monthly features and more information on Babbo visit www.BabboNYC.com .

For more local landmark restaurants check out The Best of New Orleans, Louisiana .