The Best of New Orleans, Louisiana

You know when you're traveling to a city for the first time and don't know what to expect?...And after walking around, even though you had no expectations, it's still not what you expected...Well, that's how New Orleans (NO) was for me...and that's alright, if not a good thing. Sometimes we have to leave our comfort zones in order to expose ourselves to new experiences we wouldn't otherwise get a chance to see and enjoy. What am I talking about? Plainly put, Bourbon street (BBS) - one of the main attractions - is one enormous, wild party, quite the opposite of the more relaxed, formal settings I tend to enjoy. It was great fun though and some of you may have seen the Live Stream on Facebook of me walking up BBS the night of Memorial Day. For those of you who have partied on Duval street in Key West, FL or St-Laurent for my Montreal friends, BBS in NO makes both party streets look like church. 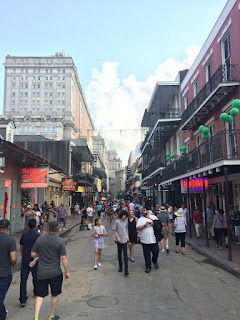 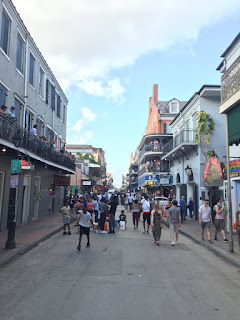 Tamed Bourbon Street by day
Left - looking SW towards Downtown/Business District
Right - Looking NE towards residential BBS.
Bourbon St is located within the French Quarters (FQ), but after 8-9 blocks the clubs & bars end, and the street is lined with beautifully kept and restored homes.

Similar to both aforementioned strips if you were to wander off on a side street you would find quiet, quaint, historical neighborhoods which is the same with NO and its French Quarters. The architecture in the FQ echoes the neighborhoods' rich multicultural history from Creole Cottage to American Townhouses to Egyptian Revival. 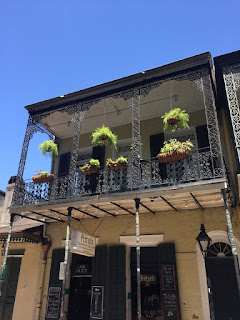 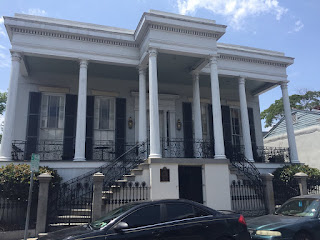 Much like it's multicultural architecture, NO is also bursting with different cooking styles and a vibrant restaurant scene, but it is more famously known for it's Louisiana (LA) Creole cooking. Most of us, including myself, have heard the term before without knowing what it means. LA Creole is a style of cooking inspired by French, Spanish, German, Portuguese, Greek, Italian, Irish, Indian, Canarian (of the Canari Islands), West African, Caribbean, Latin American and Amerindian cuisine, reflecting the population of NO at the time, before its sale to the USA in 1803. With all the history on the infamous street, it's no surprise that Galatoires has had a Bourbon St address since 1905.

All those years ago Jean Galatoires brought over family traditions and recipes from his small hometown village of Pardies, France. These recipes  and traditions are still used to this day to wow the restaurant's  international guests. Fun facts about James Beard Award winning Executive Chef Michael Sichel is that he was a personal chef for athletes and their families at the 2012 London olympics. Galatoires has several accolades including "Top 10 World's Greatest Restaurants" by The New York Times. I was suggested to specifically Friday lunch here by a notable person in the wine & food industry and the suggestion did not disappoint. For more information visit www.Galatoires.com. 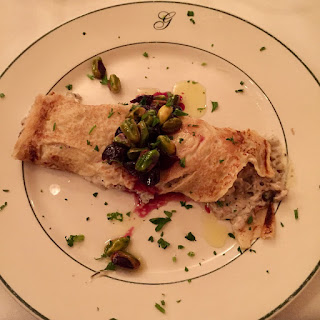 August was by far my favorite restaurant of the trip, and maybe not coincidentally the most formal. Speaking of architecture a few sentences ago, the restaurant is in a 19th century French-Creole building, located in NO's Business District. Tall ceiling, grandiose chandeliers, and antique finishes give it a distinguished look. Executive Chef Todd Pulsinelli has been an integral part in launching several highly acclaimed restaurants in New Orleans and was named "Chef to Watch" by Louisiana Cooking' in 2010. I opted for the tasting menu which truly impressed me. Have a look below at some of the beautifully platted dishes served at August. For more information visit www.RestaurantAugust.com. 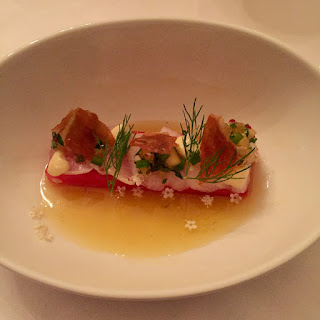 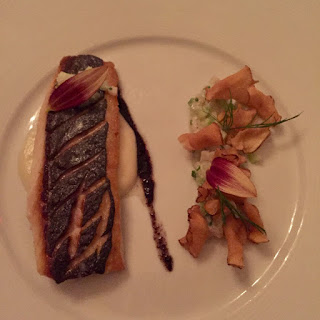 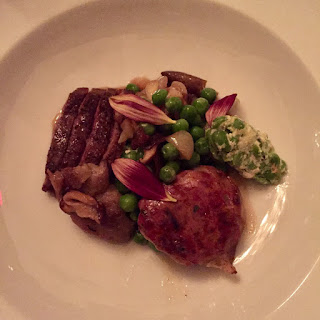 Located in the opulent Garden District Commander's Palace (CP) brunch is a New Orleans must and a tough reservation to come by for the procrastinators. The large home-turned-restaurant has been a NO landmark since 1893 and is unmistakable with its white & aqua blue stripped awnings and wood panel siding. Fun facts; Stories are told that during the prohibition era hooch would be snuck through the cemetery across the street to not-so-law-abiding patrons. Additionally, the private upstairs lounges were very popular with ship captains where they would be "entertained" by women. Fast forward some 100 years, and today the restaurant has countless accolades including 6 James Beard Awards (JBA), countless recognitions of their extensive wine list and induction into the Culinary Institute of America's Hall of Fame. One of those JBA belong to current Executive Chef Tory McPhail who was named Best Chef South in 2013. Chef welcomes guests into his work space regularly as patrons have to walk through the large kitchen to get to the patio area and veranda dinning room. It should also be noted that celebrity Chef Emeril Lagasse gained considerable fame during his 7 years at the helm of CPs kitchen. Haute Creole cuisine is served and a live jazz band takes requests at every table. They've really done a great job at CPs with keeping original traditions of the past. For more information on Commander's Palace visit www.CommandersPalace.com. 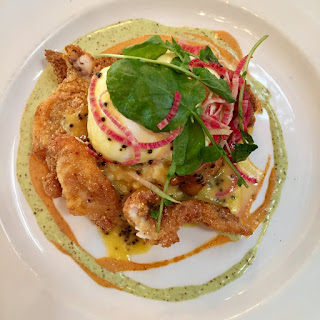 As you can tell from the last dish it doesn't get more Southern than New Orleans. The Big Easy's Southern charm is truly unique with its live jazz joints, Antebellum mansions in the Garden District, and of course the never ending party on Bourbon street. If ever you get the chance to visit NO I highly suggest you check out the classy Sazerac Bar in the Waldorf Astoria hotel.

For a foodies insight on another great culinary Southern city check out "The Best of Louisville, KY" here.